The president of Fidelity Digital Asset Services has spoken about the company’s plans in an interview, such as the decision not to launch an in-house exchange, how it intends to attract more institutional investors, and why it’s crypto offering is focused on custody and trade execution.

Rather than operating an exchange — which Jessop says “other folks are already doing quite a good job at” — the firm instead wants to focus its energy on creating high quality market access services for its customers.

To make this happen, Fidelity intends to work with existing exchange and infrastructure providers to evolve the market in a direction that “suits the needs of institutions” as opposed to retail clients (at least for the near future). However, Jessop declined to divulge which exchanges have so far garnered Fidelity’s stamp of approval.

In order to meet the “needs of institutions,” Fidelity is building its platform around a more traditional model. This move is in response to what Jessop sees as a big problem in the current market: that most cryptocurrency exchanges require buyers and sellers to have funds upfront, and this need for pre-funded accounts creates friction.

In order to provide a frictionless experience, Fidelity plans to follow a model that permits users to execute trades at one or more exchanges at best price, then determine how to settle. This is what institutional demand requires, Jessop says.

He goes further, though, explaining how currently there are lots of investors who have large positions in crypto that face difficulties executing trades due to the lack of a suitable custodian.

This is the gap in the market Fidelity hopes to fill.

Jessop believes that Fidelity’s vaulted cold storage custody solution, when paired with its traditional security protocols (the “Fidelity standard”), will be the missing link that finally lures a herd of institutional investors into the cryptosphere.

Jessop continues, saying that it’s Fidelity, and only Fidelity, that has the tools to make this happen. He explains that the level of security necessary to safeguard customer’s private keys is a mix of physical security, cybersecurity, and operation security, which, as Jessop points out, Fidelity has a lot of experience with.

Not only is the firm currently handling over $7 trillion in assets, but it’s been researching and experimenting with cryptocurrencies and blockchain since 2014.

This is exactly what Fidelity is selling to institutional customers: “we know how to manage security at scale.”

In closing, Jessop highlights the fact that as of late there’s been a rapid maturation of interest in the industry.

This includes real work that is being done to determine the role of digital assets in a broader investment thesis such as family offices and emerging asset managers who are looking to create trust products and other market access vehicles for crypto.

This reflects the fact that investors are starting to do work around the digital asset class in the same way that they try to understand equity markets of fixed income markets. Jessop points out that this is a very healthy sign for the industry moving forward.

It’s now been 10 years since the world was introduced to the Bitcoin whitepaper. However, according to Jessop it is Fidelity’s new crypto offerings, paired with the state of the growing industry, that create the perfect storm for an acceleration of institutional investors into the market.

Looking ahead, on the back of this institutional evolution into the space, we can “expect more [influx] over this year and into ‘19, which will raise the bar for everyone and help accelerate growth in the market,” Jessop claims.

Although he is willing to admit that Fidelity may not have made a particularly early entrance into the crypto space (compared to startups, the very nature of institutions means they typically don’t lead the market in new ventures), today, with its offerings geared towards attracting institutional investors, the firm is in many ways ahead of the majority of its Wall Street competitors:

“Fidelity is excited to be the first, or one of the first, and expect there will be more [asset management firms] behind us,” Jessop concludes. 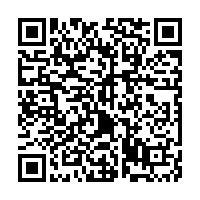