The coronavirus pandemic has highlighted the usefulness of communication apps for work-from-home (WFH) setups. However, like they always do, cybercriminals are expected to exploit popular trends and user behavior. We have witnessed threats against several messaging apps including Zoom.

In early April, we spotted an attack leveraging Zoom installers to spread a cryptocurrency miner. We recently encountered a similar attack that drops a different malware: RevCode WebMonitor RAT (detected by Trend Micro as Backdoor.Win32.REVCODE.THDBABO).

Note that although the installers are legitimate, the ones bundled with malware do not come from official sources of the Zoom app like Zoom’s own download center or legitimate app stores such as the Apple App Store and Google Play Store. They instead come from malicious sources. We also note that the Zoom app has been updated to version 5.0.

Plenty of malware variants pose as legitimate applications to conceal their malicious intent. Zoom is not the only app used for this type of threat, as many other apps have been used for this attack as well.  For this particular instance, cybercriminals may have repackaged the legitimate installers with WebMonitor RAT and released these repackaged installers in malicious sites.

The compromise starts with the user downloading the malicious file ZoomIntsaller.exe from malicious sources.  Here, ZoomInstaller.exe refers to the file that contains the combination of a non-malicious Zoom installer and RevCode WebMonitor RAT.

The backdoor connects to the URL dabmaster[.]wm01[.]to and executes commands from a remote malicious user, some of which are listed below (for the full list, please refer to our malware report):

It also drops the file Zoom.vbs into the Windows User Startup folder to enable automatic execution at every system startup. However, these processes will not proceed if it detects processes connected to certain debugging or security tools:

It terminates itself when executed in the following virtual environments:

It also terminates itself if it finds a file name similar to any of the following:

Since the system downloaded a legitimate Zoom application version (4.6), it won’t make the users suspicious. However, the system has already been compromised at this point.

Initial observation of the sample shows Fareit-like behavior.  However further inspection reveals that it is actually RevCode WebMonitor RAT, which certain groups were reportedly peddling in hacking forums back in mid-2017. The RAT allows threat actors to gain control of compromised devices and spy on them via keylogging, or web camera streaming, or screen captures. We found a YARA rule for this in this Twitter thread.

Figure 2. Snippets of the strings from the partially unpacked payload

The Covid-19 pandemic and the ongoing home quarantine measures implemented in many countries has forced companies to adopt WFH arrangements that necessitates video conferencing apps. These apps can be secured by following these best practices:

To supplement these steps, the following security solutions are recommended:

A multilayered protection approach is also recommended to proactively detect and block known and new threats from all possible points of entry. 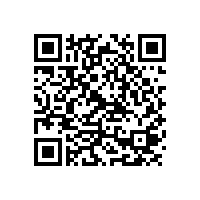