According to a World Economic Forum (WEF) report, blockchain could be used to help tackle the “most pressing” environmental concerns faced by the planet. The document states that the distribute ledger system could help address climate change, biodiversity issues, and scarcity of water.

Could Blockchain Save the World?

The World Economic Forum (WEF) has produced a report on how blockchain could be used to help protect the planet’s environment.

Building Block(chain)s for a Better Planet is part of a series of papers exploring the implications of emerging technologies and how they can impact global society. Other reports in the collection focus on Internet of Things (IoT), virtual reality, and artificial intelligence. The document is a collaboration between international accountancy firm PwC and the American Stanford Woods Institute for the Environment.

The report identifies that the planet is amid an “unprecedented environmental systems change.” This has been caused by surging economic activity since the middle of the twentieth century.

WEF claim that such conditions present a clear opportunity to use blockchain and other technological innovations to combat six of the most pressing environmental dangers facing life on earth. These are: climate change, natural disasters, biodiversity loss, ocean-health deterioration, air pollution, and water scarcity.

Throughout the document, as many as 65 different applications of blockchain technology are identified as being able to help alleviate those environmental issues mentioned previously. It goes on to state that blockchain was particularly useful in examples where it enables:

The report also states that the opportunities presented by blockchain technology could allow for the monetisation of value that is “currently embedded (but unrealised) in environmental systems.” The authors go on to allege that the technology could fill such a “gap in the market.”

The WEF are careful to note that such changes do not happen on their own. Rather they need to be implemented through collaboration between various participants. These include policy-makers and technologists. The group believes that such a joint effort, assisted by cutting-edge technology, could “create a sustainability revolution.”

The WEF is a non-profit organisation that is based in Switzerland. The think tank aims to unite “the foremost political, business, and other leaders of society to shape global regional and industry agendas.” They are comprised of over 2,000 businesses and political leaders. Many meet each January in Davos, Switzerland. At this year’s event, blockchain and cryptocurrencies were one of the most hotly discussed topics. 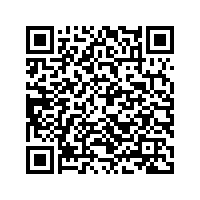