During last night’s airing of the popular TV game show Jeopardy, cryptocurrency was featured among the categories contestants could choose from.

On Thursday night’s episode of the iconic TV game show hosted by Alex Trebek, Jeopardy, cryptocurrency was one of the six categories contestants could select from.

In Jeopardy, chosen categories reveal an answer to a query and the contestants must phrase their response in the form of a question.

The first answer in the category was “an altcoin is any unit of cryptocurrency other than this one,” with the correct response being “What is Bitcoin?”

Next up, was the Daily Double, which had an answer “in 2018, this South American country launched the Petro currency backed by oil reserves,” referencing Venezuela’s native cryptocurrency token.

The third answer touched on a “3-letter chat app” that had a similar sounding name as its cryptocurrency token – a nod to Kik and the Kin token that will power the app’s cryptocurrency ecosystem.

Up fourth was an answer describing how blockchain worked. And last but not least, the answer “a lawsuit from this rapper killed off the Coinye currency,” pointed to the court case years prior between hip hop icon Kanye West and the Coinye cryptocurrency. West had no affiliation with the project but his likeness was used regardless without his permission, and a legal battle ensued that led to the founders of the project abandoning it.

While cryptocurrency being featured on a popular TV show like Jeopardy really has little to no impact on prices, adoption, or other key factors, one cannot discount the value of cryptocurrencies being exposed in an educational manner to the mainstream public on one of the most watched television shows in history. Jeopardy has over nine million viewers per week tune in, and is a household name easily recognizable by its iconic jingle.

Even better for crypto, the way cryptocurrencies were presented in a positive, educational manner and not the demonizing tone mainstream media usually portrays cryptocurrencies like Bitcoin.

More Ways to Play with Crypto

Playing Jeopardy alongside the live contestants and responding correctly in a crypto-focused Jeopardy category would be fun for just about any cryptocurrency enthusiast. But the fun doesn’t need to stop there.

Earlier this year, Bitcoin was officially added as a recognized word in the popular Hasbro board game Scrabble. Merriam-Webster, who maintains the official Scrabble dictionary made the addition in September alongside 300 other words including “emoji” and “twerk.” Placing tiles on the Scrabble board spelling out Bitcoin earns the player 11 points.

Scrabble points aside, investors betting on the cryptocurrency could potentially earn a lot of money, however, Bitcoin and other cryptocurrencies have been stuck in a grueling downtrend over the last 11-months.

The post What Is Bitcoin? Crypto Featured as Category on Jeopardy appeared first on NewsBTC. 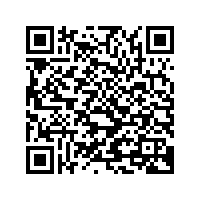