The World Payments Report 2018 has found that blockchain is currently not able to meet the requirements of the financial market.

To prepare the report, researchers conducted an assessment based on multiple criteria, including industry governance, market dynamics, demographics, and enabling infrastructure. The companies also interviewed executives and distributed an online survey to industry participants.

In the report, the authors address challenges facing DLT adoption. Of all the participants in the poll, 85.9 percent reportedly cited lack of interoperability, 83.1 percent lack of regulatory clarity, and 77.8 percent the scalability issue, as factors limiting adoption. Over 60 percent of respondents highlighted such problems as security, cost of implementation, and time required to add a block to the transaction.

The report also stated that DLT innovation and projects were often confined to research labs or to the proof-of-concept (PoC) stage. A lack of interoperability between DLT and banking systems purportedly stymies the implementation of scalable solutions. “Multiple DLT systems create a fragmented market with limited connectivity between solutions, which leads to inefficiencies and limited adoption,” the report further reads.

Per the report, the legal risk for DLT is represented by an uncertain regulatory environment and a lack of legal frameworks in most countries. The report cites a three-year experimentation with DLT by De Nederlandsche Bank (DNB), saying that “in its current state it [DLT] fails to meet the very high demands of a financial market infrastructure.”

DNB, however, further states that DLT could replace some market infrastructures, including interbank settlements and cross-currency transactions. According to DNB, those areas could leverage DLT’s fullest potential, with benefits outweighing the costs.

The issue of whether blockchain is scalable enough to meet certain market demands has been of concern to many industry players. A recent 19-week study by the Depository Trust & Clearing Corporation (DTCC) found that blockchain is capable of supporting the daily trade volume of the U.S. equity market. The DTCC notes that the study only tested basic functionality, stating that subsequent work must determine whether DLT is able to meet resiliency, security, and operational needs. 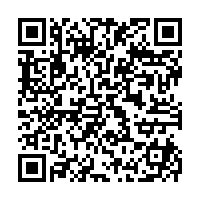