A zero-day extensible markup language (XML) external entity (XXE) injection vulnerability in Microsoft Internet Explorer (IE) was recently disclosed by security researcher John Page. An attacker can reportedly exploit this vulnerability to steal confidential information or exfiltrate local files from the victim’s machine. Page tested the vulnerability in the latest version of IE (11) with current patches on Windows 7 and 10, and Windows Server 2012 R2 operating systems. We looked at its attack chain to better understand how the security flaw works and how it can be mitigated.

In the case of the vulnerability reported by Page, the security flaw is triggered when a specially crafted MIME HTML web archive (.mht) file is opened and the user interacts with the browser, with actions such as opening a new tab in IE (Ctrl+K) or printing a file (Ctrl+P). However, the user interaction can be simulated by JavaScript functions like window.print(). Once the user opens the malicious .mht file, the attacker would be able to exfiltrate files from the user’s system. Note that successfully exploiting this flaw relies heavily on social engineering. For instance, attackers have to lure the user into downloading a malicious .mht file and manually triggering local settings.

Page disclosed the vulnerability, and we shared our analysis to Microsoft, which released this official statement: “Internet Explorer alone does not permit this type of malicious behavior. An attacker must trick or convince a user into downloading a malicious document through a socially engineered scheme, for example a spam email attachment or phishing campaign that triggers a download. The file must then be opened with the browser. To guard against this scheme, practice safe computing habits online, such as avoid downloading and opening untrusted files from the Internet.”

Vulnerability impact
An attacker who successfully exploits this vulnerability could gain access to sensitive files on the user’s system. Successful exploitation could also provide reconnaissance information that can be used to execute more attacks or launch more payloads. For instance, it can divulge the client’s installed applications, network configuration, privileges, and details of antivirus protection to an attacker. The attacker could then use the obtained information to gain a foothold into the affected system’s network.

While XXE injections/attacks aren’t new, they could pose significant security risks. In fact, XXE attacks are listed among Open Web Application Security Project’s (OWASP) top security risks to applications and features in popular software or tools. The abuse of .mht files as an attack vector is also notable, as it’s also known to be abused by exploit kits and threats like information stealers.

Attack chain analysis
In order for the security flaw to be exploited, a malicious XML file has to be placed in the attacker’s hypertext transfer protocol (HTTP) server. This XML file should mention the specific files that need to be exfiltrated from the user’s system in the ENTITY tag, which represents a request or response in HTTP messages. In turn, the corresponding file needs to be referred as an external entity in the malicious MHTML file, which the users could manually execute on their machines.

Figure 1. A malicious XML file that specifies the files to extract from the user’s system

Figure 2. Sample MHTML file that uses the XXE vulnerability in IE to download a malicious XML file from the attacker’s machine

Figure 3. Packet capture of first request sent from the client to the attacker’s server to get the malicious XML file

Trend Micro solutions
As of this writing, Microsoft has not released a fix for this vulnerability. Users should exercise caution when opening any file from an unknown sources. Successfully exploiting the vulnerability entails enticing users to open malicious files. Avoid clicking links or downloading and opening files from unsolicited sources. Ensure that the operating system and applications have the latest security updates (or use virtual patching for legacy systems). System administrators, developers, and programmers should also adopt best practices. OWASP, for instance, has a list of recommendations for preventing XXE issues.

and Vulnerability Protection solutions protect user systems from threats that may exploit this vulnerability via the following DPI rule:

customers are protected from this vulnerability via this MainlineDV filter: 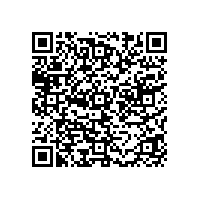